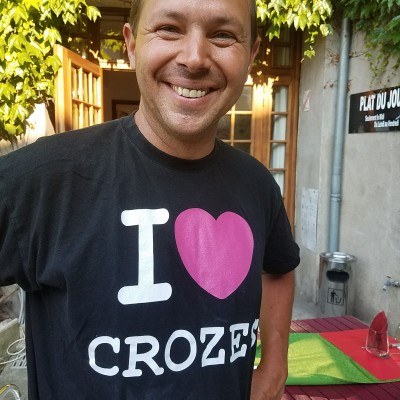 Once part of the cave co-operative at Tain-Hermitage, the family vineyards of Domaine Chevalier are gradually being reclaimed by the brother and sister team of Nicolas and Marlène Chevalier. Following his formal agricultural studies in France, Nicolas spent four years honing his winemaking skills on estates in Australia, California and South Africa.

Nicolas works with several distinct parcels, among them: La Motte, Marius, Petite Pend, Les Pends and Les Voleyses. These vineyards have excellent exposure and allow for dependably ripe, high quality grapes, although not without great aromatic character and freshness. The 1.4 hectares of vines are farmed sustainably, then hand harvested, vinified and bottled according to parcel. They also make a rarely seen Crozes-Hermitage Blanc, for which they use  100% Marsanne. In 2012 they planted another parcel above La Motte, called "Haut La Motte", entirely with Roussanne.

Back to Northern Rhône Valley Producers